How to trace paths

Tracing paths allows you to view full causal pathways and to analyse the relationships between specific causal factors. You will find the trace paths filter in the analysis filters section. This will open the trace paths panel which asks you to select how many steps to trace and which factors to trace from and to. Type one or more factors to begin your path (these are the origin factors) and which factor or factors you want the path to end at (the target factors). If necessary, move the slider to select how many steps down you want the path to go. 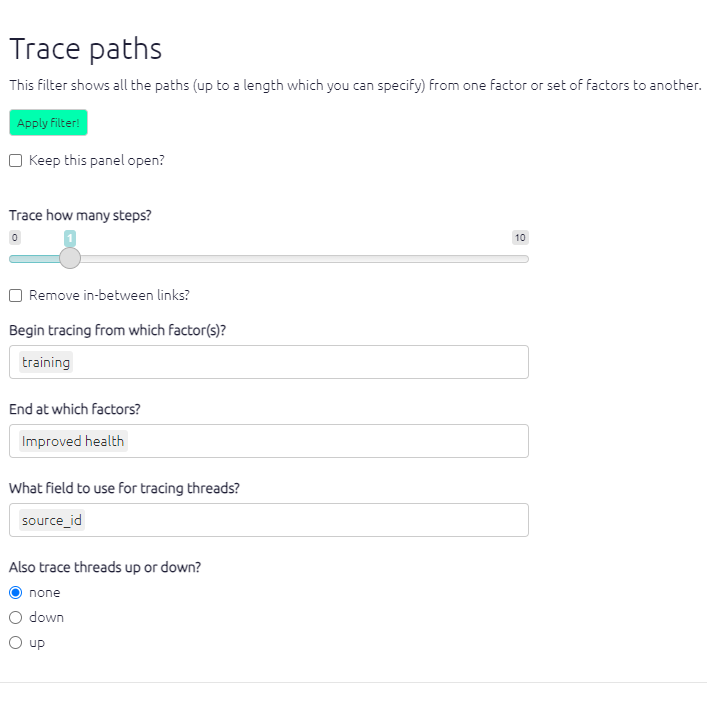 If you want you can also leave either (but not both) factor selectors blank, e.g.

If you want to search from or to the main drivers and/or outcomes:

“main_drivers” uses an algorithm which identifies 1-3 factors with the highest driver_score , i.e. and likewise for outcomes.

Once you click apply filter your map will appear, as below. Orange indicates the origin(s) of the path, purple the target factor(s) and green any factors in between.

In this example, there are causal paths from the two external factors to the two outcomes. In real-life examples, these paths may be much harder to follow, so their are best seen and shown by using path tracing, as it simplifies the map and highlights the intervening factors between the two factors.

trace paths length=1 to=D remove_links=T (which is equivalent to clicking this box in the dialog:) 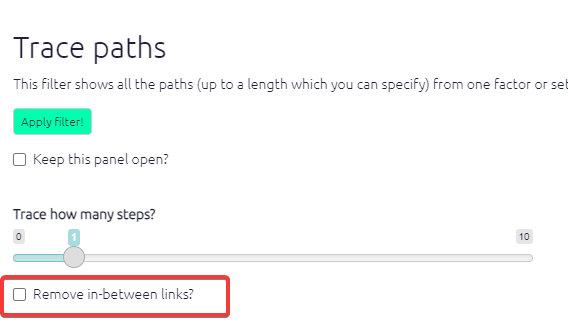 … which will remove any such links.