A link from factor C to factor E means that someone (P) believes that C is some sense causally influences E. Every link represents one causal claim. 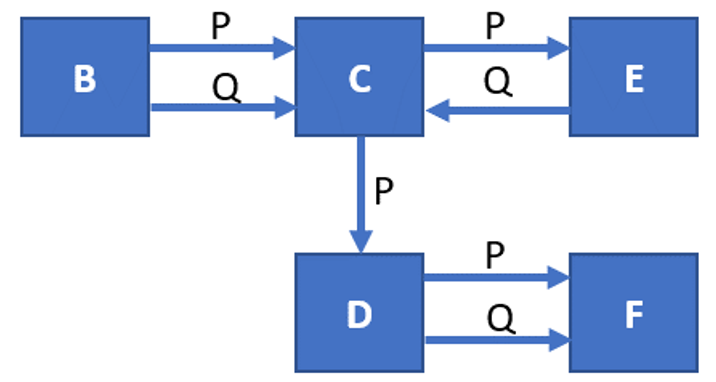 A combined, multi-source causal map about beliefs held by sources P and Q about causal influences between various factors

When we have highlighted many causal claims we can present the entire, global causal map containing all the claims like this: 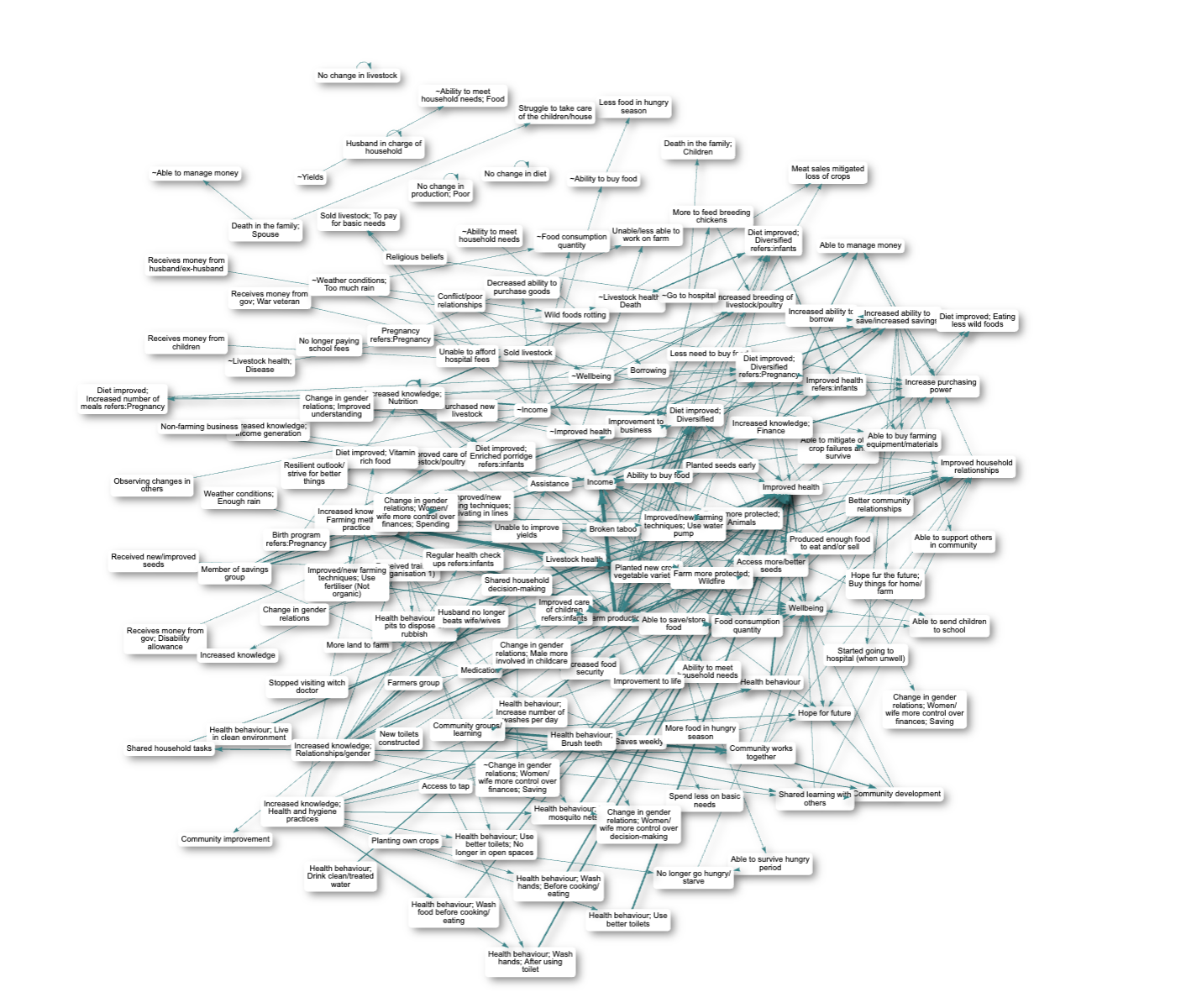 A global causal map combined from many sources

However this map is bewildering and not very useful. So to answer specific questions, we filter the map in certain ways to answer different questions, for example to simplify it, to trace specific causal paths, to identify significantly different sub-maps for different groups of sources, etc.